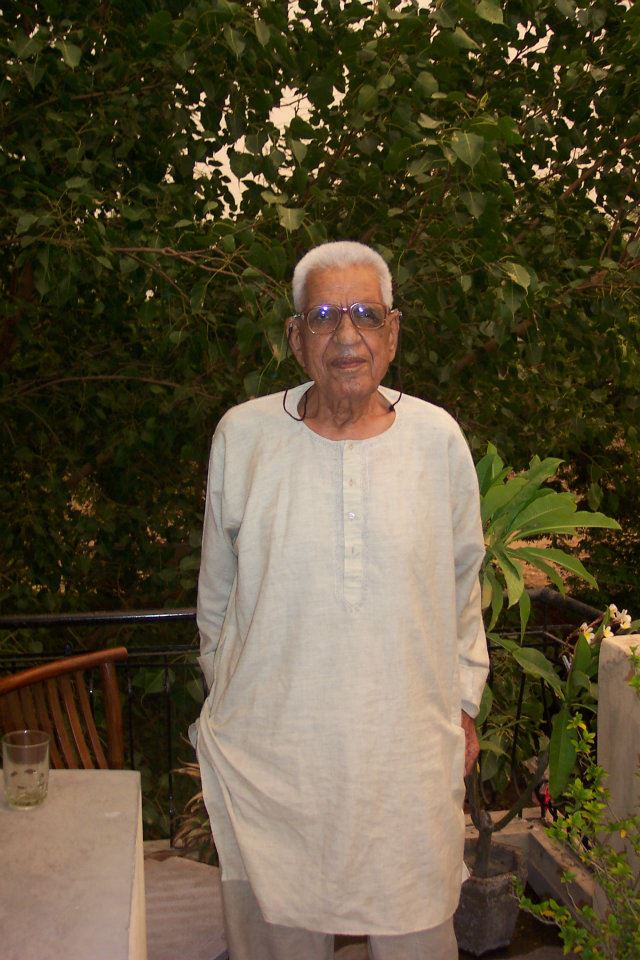 Pitaji was a towering personality – 6 feet tall with stout built and looked very tough. In fact he was like a coconut – hard from outside but very soft from inside. He was in Delhi Police and I have a very vivid memory of seeing him in uniform – he used to dress immaculately and looked a very smart person and I used to look at him with awe and thought that someday I too will become a Police Officer. But that was not to be. Nonetheless I came to work in the Ministry of Home Affairs in a senior position and dealt with matters relating to Delhi Police. By the time I had joined Home Ministry my dad had retired from Delhi Police. His colleagues, who used to come to me, always remembered him with respect.

When we were growing up, all we used to hear from the families of his colleagues was that he was an honest person. I think that his honesty was rewarded when all his children got well placed in Government jobs with their own efforts.

I never saw him losing his cool. Even if he was angry it never got reflected on his face. When annoyed, he was like boiling water – will never come out of the utensil – unlike milk; and kept the annoyance to himself. One characteristic about him which very few will know – he was a very good singer and I do remember him singing songs particularly when my mother was upset for some reason or the other. He was a very good communicator and always put across his view point effectively. He always was in jolly mood and used to say that keeping himself happy was the secret of his health.

I cannot help but narrate one incident that left a lasting mark in my memory. One day he was on his way to the Police Station on his Bullet Motorcycle. Suddenly from the opposite side a car hit his bike and he fell down. The driver of the car tried to run away but was prevented by the public. As he was trying to compose himself, a girl emerged from the car and with folded hands requested my father that they be allowed to go as she was getting late for annual university exam. Though the public was in mood to oblige, my father intervened and said that it is a question of her career and he allowed them to go. Later he was taken to the hospital where he realized that he had fractured his left arm. The owner of the car did come to the Police Station and asked forgiveness and offered compensation, which my father firmly refused. Since that day his stock in the eyes of his colleagues and family touched new heights.

He was a man with very strong will. He used to smoke hell of a lot. One day in the presence of his family he vowed not to smoke and believe me that day onward he never smoked. I really do not know any person with that strong will and character. There are very many stories like that and I will narrate them sometime later.

He led a very healthy and active life. He passed away peacefully on 7th December, 2007 at the age of 96 years.