Mussoorie, Queen of the Hills, located some 290 km north of New Delhi, is among the most popular hill stations of the country. At 6500 feet elevation, it has some of the most spectacular views of Himalayas. Some of the landmarks of this popular hillstation are the old graceful houses – Captain Young’s Mullingar Mansion, the oldest existing building in Mussoorie, Houses of Irish pioneers – Tipperary, Killarney, Shemrock cottage and the Tara hall, the houses of Scot pioneers – Scottsburn, Wolfsburn and of course the houses of the English rulers – Connaught Castle, Grey castle, Hampton court and Castle hill. There evidently were a lot of fans of the legendary writer Sir Walter Scott as we find old estates of the name of Kenilworth, Rockeby, Waverly and also Abootsford – the name of Sir Scott’s own house in England.

Mussoorie has lot to offer and fun retreat for a quick getaway from Delhi. 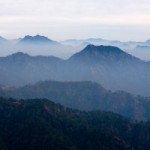 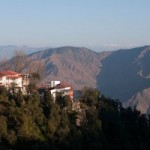 How to get there:

Air: The nearest airport is Jolly Grant at Dehradun (61 km). However, Delhi is the most convenient airport.

Rail: The nearest railhead is Dehradun 35 km, connected by rail with major cities and towns of India. Taxis and buses are available outside the railway station for transit to Mussoorie, there is a Mussoorie bus stand near the station.

Cloud’s End
The resort is surrounded by thick deodar forests. The bungalow built in 1838 by a British major and one of the first four buildings of Mussoorie, has now been converted into a hotel.

Camel’s Back Road
A lovely promenade along the wooded slopes.

Children’s Lodge
A vantage point of Mussoorie, with extensive views of the northern hill ranges.

Gun Hill
The second highest point in the town, it offers a panoramic view of the surroundings and the snow covered mountains in the north.

You can find more information at the state site: http://uttarakhandtourism.gov.in/sections/mount_places/ZjY0ZjZhhnE1NHNkZg==/ZjY0ZjZoc2RmYTU=